Inside the Spectacular Chinese New Year Celebration at Packard Children's

The beating of drums and the clash of cymbals draw patients and staff to the grand staircase overlooking the light-filled lobby at Packard Children’s. Two bright blue lions can be seen down below, their furry fringe swaying as they dance to the mesmerizing rhythm. Their bodies weave and their heads bobble, prompting yelps of amusement from children watching in awe as the lions leap and then grow to heights of greater than 10 feet. Chinese New Year is here, and 36 patients and their families from units across the hospital are gathering to celebrate the Year of the Dog. 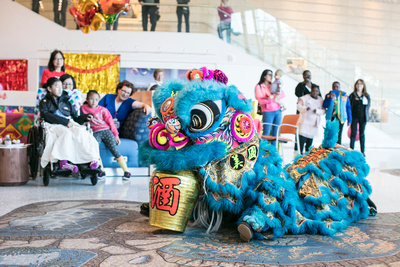 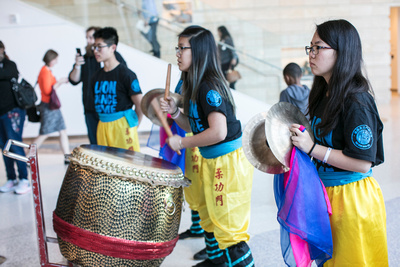 The annual tradition, now in its fifth year, is sponsored by the C.M. Capital Foundation and organized by Child Life at Packard Children’s. It is the first celebration held for patients in the main lobby of the newly expanded hospital, part of a 521,000-foot expansion that opened in December of 2017.

Individual stations, including an open-air photo booth, are set up in a serpentine fashion, winding around magnificent white pillars and intimate cushioned seating areas. Children color calendars featuring all twelve animals of the zodiac: rat, ox, rabbit, dragon, snake, horse, goat, monkey, rooster, dog and pig. Child Life specialists and volunteers stand by, helping children identify their individual sign based on the year they were born. 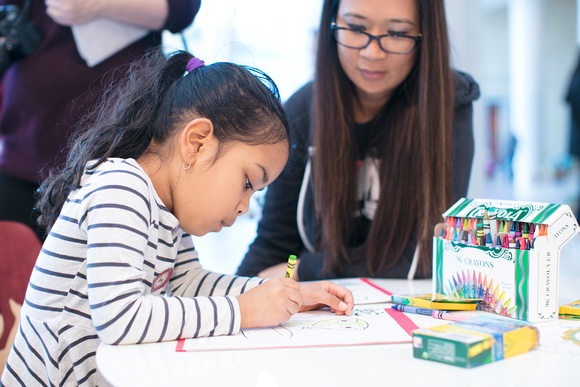 A watercolor artist and calligrapher skillfully paints images of a dog, the eleventh animal on the Chinese zodiac. Traditionally, those born during the Year of the Dog are loyal and selfless, though they can be characteristically stubborn at times. 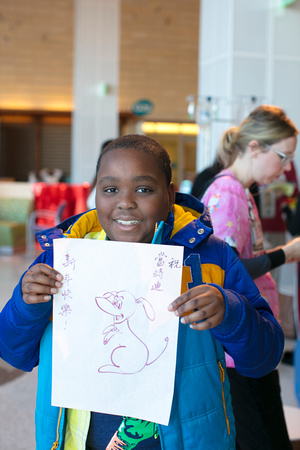 A craft station includes colorful paper cut-outs designed from hand-drawn templates by a member of C.M. Capital Foundation. Golden yellow Chinese characters symbolize spring, and are evocative of the Spring Festival, another name for Lunar New Year, and the end of the coldest days of winter. 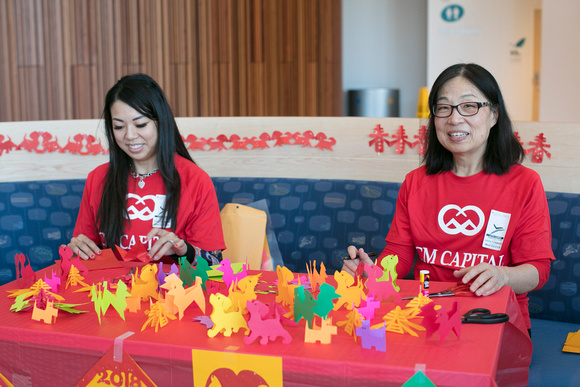 The festivities aren’t confined to the main lobby, and patients nestled in their rooms are delighted to spy a prancing lion pass by their door and down the hall. 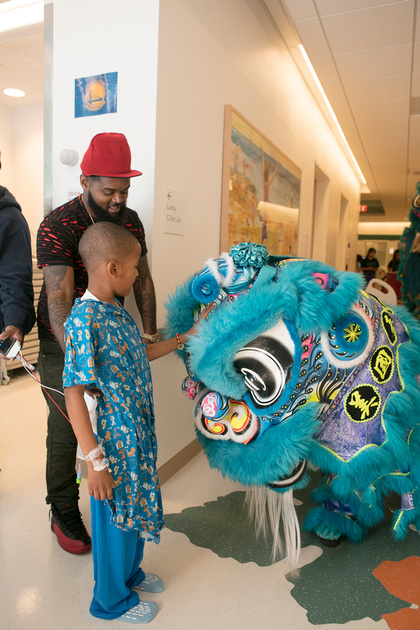 For everyone here at Packard Children’s, it’s been another exciting Chinese New Year celebration, full of good food, memories and fun. A special thank you to C.M. Capital Foundation for making the day’s festivities possible. 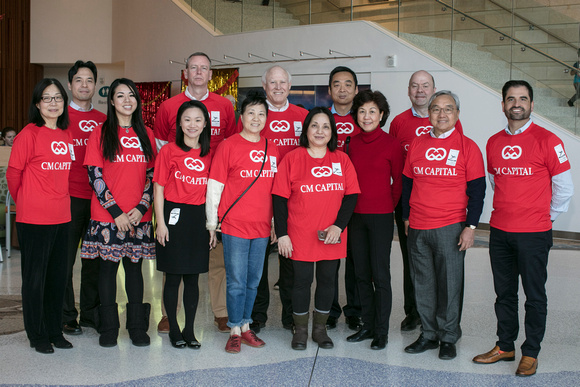 This story originally appeared on the Heathier, Happy Lives blog.

BACK TO BLOG
How You Can Help
Show your support for our patients and families by making a gift today.
Donate now
Share Your Story
Share your connection to Lucile Packard Children's Hospital Stanford.
Share now